The ESIL Interest Group on International Courts and Tribunals (IGICT) provides an opportunity for members of the European Society of International Law to discuss central issues related to international courts and tribunals.

The increasing number of international courts and tribunals (ICs) in recent years has sparked great interest because of the many theoretical and practical ramifications deriving from their work. The ESIL Interest Group on International Courts and Tribunals fosters further discussion of the legal aspects of these ICs among scholars and practitioners.

bodies and commissions of inquiry, the law of the sea, and the relationship between international law and global politics. From 2010 to 2014, Mike served as an Associate Legal Officer at the International Court of Justice in The Hague.

Mike holds a law degree from Yale Law School and a B.A. in Political Science and French from Amherst College. Prior to entering academia, Mike practiced law at the law firms Allen & Overy LLP in London and Patterson, Belknap, Webb & Tyler LLP in New York City. He has also served as a judicial law clerk to the Hon. Sidney H. Stein (S.D.N.Y) in U.S. Federal Court. Mike is a qualified New York attorney and remains admitted to practice. 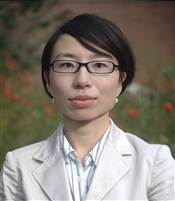 Management Board of the Utrecht Centre for Regulation and Enforcement in Europe (RENFORCE) and the programme coordiantor for the Master’s Programme in Public International Law. Among a number of external responsibilities, she serves as an Editorial Board member of the Leiden Journal of International Law. Machiko has received Ph.D. from Kyoto University, LLM at the London School of Economics (LSE), and MA in Law from the University of Sheffield. Machiko has been appointed as a postdoctoral researcher and lecturer at the University of Amsterdam (2011-14). She has also been appointed as a Hauser Visiting Doctoral Researcher (2010-11) of the Global Fellows Program at New York University (NYU) School of Law, a Visiting Researcher (2012) of the University of Sydney, a Visiting Fellow (2014-2015) at the Human Rights Program, Harvard Law School, and a Visiting Fellow (2015) at the Transnational Law Institute, the Dickson Poon School of Law, King’s College London.

Cecily Rose is an assistant professor at Leiden Law School (The Netherlands). She conducts research in the areas of international dispute settlement and transnational criminal law and teaches courses at Leiden Law School on International Dispute Settlement (LL.M. programme) and Public International Law (LL.B. programme). In recent years Cecily has also served as a consultant for the UN Office of the High Commissioner for Human Rights, the World Bank and the UN Office on Drugs and Crime. Cecily holds a Ph.D. and an LL.M. in international law from the University of Cambridge, a J.D. from Columbia Law School, and a B.A. (English) from Yale University. Prior to joining Leiden Law School, Cecily Rose worked as an associate legal officer at the International Court of Justice in The Hague. Cecily also previously worked as an associate legal officer at the Special Court for Sierra Leone in Freetown, Sierra Leone and in private practice, as an associate in the International Regulation and Compliance group of Steptoe & Johnson, LLP, in Washington, D.C.

Stephan Wittich is Professor of Public International Law at the University of Vienna. He holds a PhD of the same university and teaches various courses in public international law. He is also an Adjunct Professor and member of the study commission at the Vienna School of International Studies/Diplomatic Academy where he holds classes on the law of

international organizations and international criminal justice. Prior to joining the University of Vienna as lecturer (1997) and assistant professor (2001), he was a judicial clerk at various courts in Vienna, including the District Court for criminal matters and the Regional Court for civil matters. Stephan has been invited as visiting professor several times in the past, most recently by the University of Bologna (2020). He has been co-editor of the Austrian Review of International and European Law (https://brill.com/view/serial/ARIL) since 2011 and is editor of the Austrian practice in international law published in the Review. He was legal adviser to the Principality of Liechtenstein in the Certain Property case before the ICJ (2001-2005).

This Interest Group was established in October 2013 and the first meeting of the group took place in September 2014.